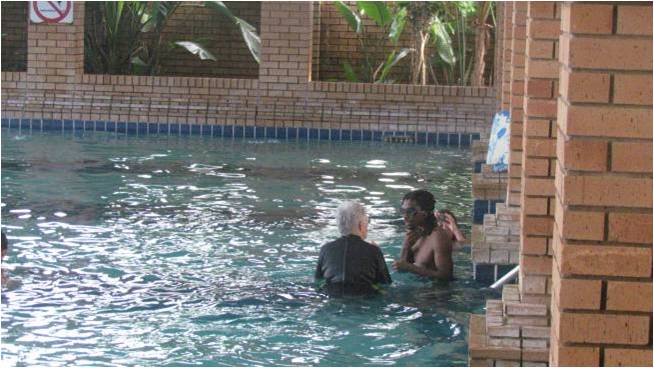 The only action that took place was the continued training on the Development side, all of our pupils are doing well and at this stage Rasta can swim approximately 20 meters crawl. He just needs to sort out his breathing and then he will go from strength to strength.

Abu who could not swim a stroke in January is now able to swim 14 lengths non- stop & Ricky can easily swim a 100 meters. I am very proud of them all.
I have approached my son Geoff, who is a qualified PADI Instructor to carry out the final Scuba training next year. Geoff has agreed and so he will be training Ricky, Abu, Rasta, Maggie and Tanya round about March. In the mean time I will try and get more members involved. 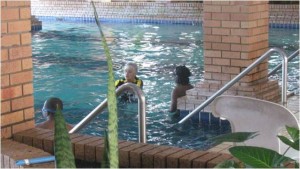 Eden District Disaster Management set up a Marine working group to deal with stranded marine life on beaches in and around Mossel Bay and all possible role players were invited to put ideas and expertise on the table to establish a protocol on who to call and what the initial respondents duty would be. On the 9th September I attended for the Club & St Blaiz Conservancy & as soon as the protocol has been put in place will forward to all the different sections. For more info see The Mossel Bay Advertiser on page 22 published on the 18th September 2015.

Finally it was with great sadness that we heard of the passing of Danie Smit. He was a pillar of the diving section & he taught so many people to scuba dive. Besides this he imparted his love of all God’s creatures under the water. He was so dedicated and so passionate and all of us who knew him loved him dearly. He will be sorely missed, but never forgotten, rest in peace our dearest friend.