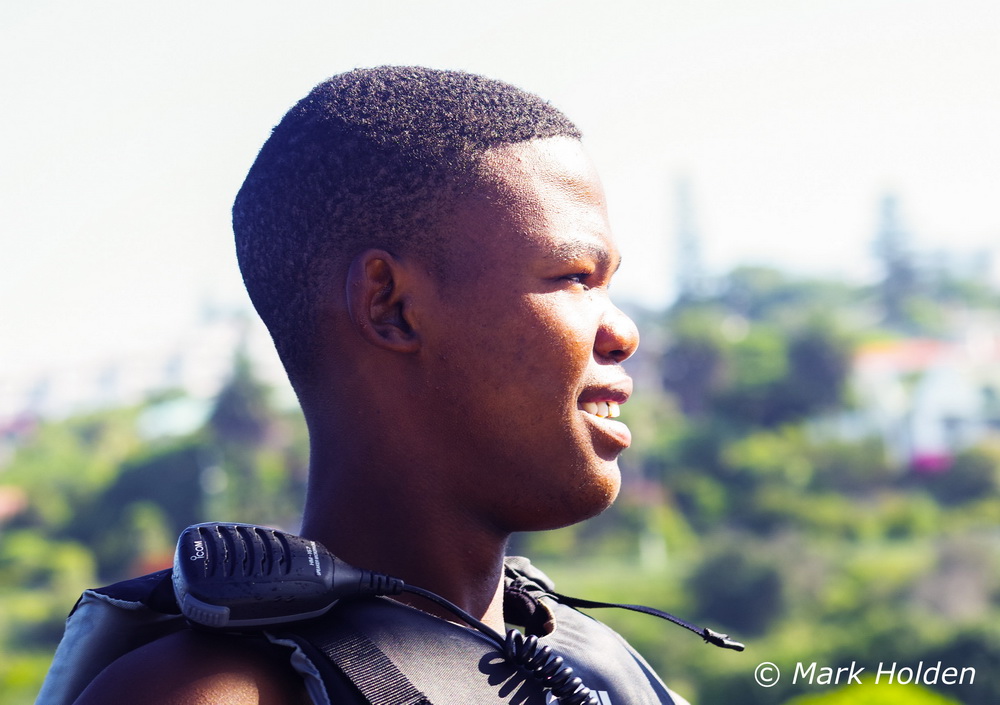 Jumailone Meyer, started sailing three years ago as one of the development sailors. He was a Sea Cadet who in order to be promoted to able seaman took up sailing, a requirement.

Jumailone, comes out of a poor community where many of the young people are involved with crime and take drugs. He started sailing on Tuesdays and then he went on to the high-performance class. He has successfully taken part in regattas where he has done well. Coming from a family of six his mother always told him to find something to do to keep himself busy. Sailing has provided this outlet.

Jumailone, is busy with his level one Coaching Course yet he is not content with staying where he is. His ambition is to become an international coach, following in the footsteps of his mentor and hero Rob Holden. 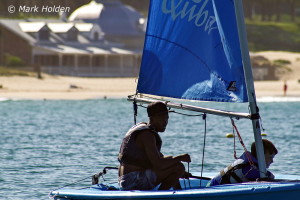 Jumailone, has a desire to see all his peers sailing as an alternative to the destructive lifestyle that they are currently living. He is convinced that the stringent training regime required to become a competitive sailor, sense of pride and achievement when you succeed, will give the youth in Mossel Bay the spirit that is required to become disciplined and constructive members of their communities.

When asked what career he wished to follow Jumailone said that in sailing he has found a future. He didn’t know before he was offered he assistant coach position that people actually got paid for doing something that sets you free. He has decided that he will remain in sailing and work as hard as he can to one day become a top international coach, where he can travel the world and give courses in other countries. 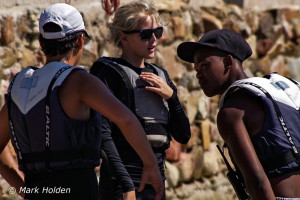 Jumailone, is a product of the dedication to training the underprivileged children in the greater Mossel Bay area by the Garden Route Sailing Academy. Under the leadership of their principal, Elfie Holden Sailors like Jumailone are set to become champions.

For Jumailone this opportunity has opened doors for him that would never have been possible if it were not for the Sailing Development Program. He has become a contributing and responsible member of the Mossel Bay community, ready to pass on his hard earned skills to others.

Yet Jumailone insists that he will only really feel a sense of pride and achievement when his peers are sailors sailing in South African Colours at international events.

A humble young man that exhibits all the qualities of a good leader, Jumailone is set to become the top in his field. Yet he could have been a statistic in the annuls of criminal activity, however he is someone who his peers aspire to and as such is a success in Mossel Bay.