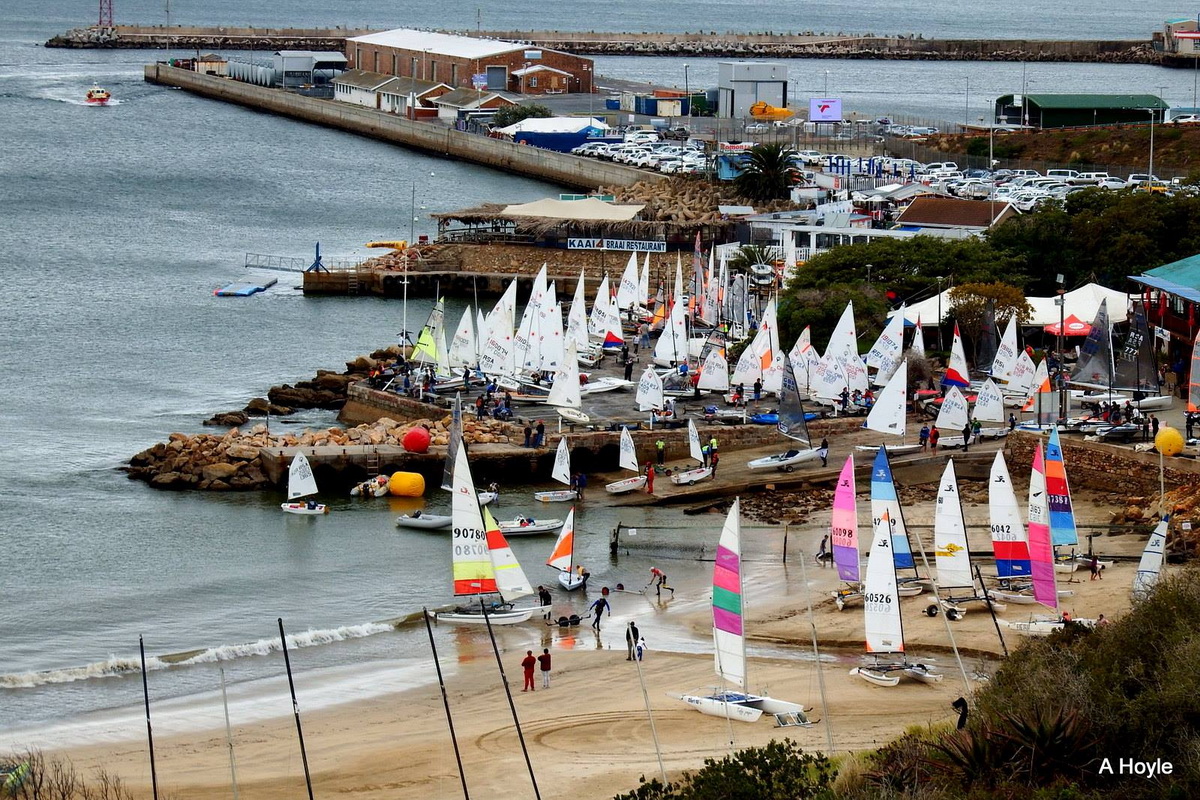 The month of April was very busy with a number of events taking place at the club and on the waters of the Bay. Weather conditions were mostly favourable and great sailing was had by all who ventured out to enjoy the last of the summer weather.

An inter-schools regatta was held at the club on the 1st and 2nd April for schools from Mossel Bay, George and Knysna with a total of 18 junior sailors attending. The junior team from Milkwood  came 1st out of  11 schools  and senior learners from Soa Bra  came 3rd overall in their section.  The experience gained by these sailors will provide further  impetus  to participate in future events.

The second event ran during the month was the Emerging Nations Program (ENP) which was held from 3rd – 9th Aril for participants from Sudan,  Egypt, Namibia,  Mozambique, Tanzania and South Africa . The main  purpose of this event was to provide training for coaches from these  countries  while at the same time giving  young sailors an opportunity to sail against  opponents  with similar  experience  in a training environment. World Sailing provided the funding for the event and Laser Radial boats were used by all the participants. During this time twelve boats were regularly seen on the water. Ladies from the Development section of the yacht club provided refreshments during the day and positive feedback was received for their efforts.  Income  for the club was generated  through the rental of  the rescue boats to the organisers of the event  at a rate of R500.00 per duck per day.  In addition, the club received R6000.00 for the use of the club and the facilities. Positive feedback about the event and the venue was received from several of the coaches that participated. 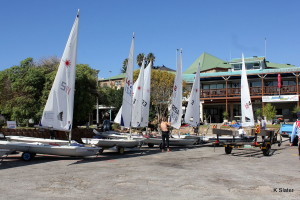 Optimist training was offered to junior sailors from Cape Town, Johannesburg, George Lakes and Mossel Bay from the 11th to the 13th April. With strong and unfavourable winds blowing for some of the days, classroom sessions were used to improve the theoretical knowledge of the participants before they again ventured onto the water to improve their  boat handling skills. Communication was received from the organising committee thanking the sailing section for the involvement in making the event possible.

During this time, an event was run to assist with the selection of Laser sailors for the  Youth World Championships that is scheduled to take place at Sanya  (China)  during December 2017. In total 12 Lasers and two 29ers participated in the racing. The yacht club provided a bridge boat (Ellen) for the event supplemented by 2 rubber ducks  the ensured safety on the water in addition to their course laying responsibilities. The High Performance committee provided crew for the bridge boat and and skippers for the safety boats. In addition the ladies also provided food and refreshments for the event.  Strong winds on some of the days  during the event provided sailors with a real feel about how to sail in different conditions. A further 2 events will be sailed before the final selection for the worlds will be made and all participants are wished the best of luck for all their endeavours.

On the 11th April a contingent  of 2 coaches and 4 junior sailors arrived from Quingdao in China as part of an exchange program with MBYBC. The event was sponsored by the Department of Cultural Affairs and Sport (Western Cape) who also provided a coach (Dylan Long) and a coaching boat for the event. Sailors in this exchange program also took part in the  Western Cape Championships  held in Mossel  Bay a few days later.

All the delegates stayed at a local hotel and a dinner was arranged by the ladies of the development section for all on the last Sunday evening. Club burgees were exchanged during a braai which was particularly enjoyed by the visitors. Positive feedback about the team’s participation was received from the coaches of this Chinese group of visitors.

The most important event of the month was the Western Cape championships which was organised and funded by SAS Western Cape and held from 14th – 17th April. In total 139 boats (initial entries of 148) participated in a regatta that was sailed over the four days. The different fleets were made up of  Optimists, Open Junior fleet (Teras, Fevas, Toppers and Mirrors),  Open Senior fleet( 29ers, 420s, Fins, Fireballs, Lasers and  Sonnets) Dabchicks, Hobie 14s and Open cats.

For the duration of the event 4 bridge boats and 12 safety boats were deployed as well as the “press boat” Ahoy that was used extensively in an auxiliary capacity. Activities on the water was controlled by the bridge officers and  assisted by the different safety boats. On shore activities were ably managed by Elfie and her large  group of volunteers and assistants who kept a cool head, sometimes under difficult circumstances.

Mossel Bay sailors who walked away with  accolades are the following: 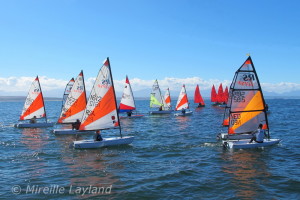 During the first 3 day almost enough races were sailed to qualify   and on the final day some of the fleets had to go out for a last  sail in very light conditions. No sailing took place after 13h00 on the final day and enough time was left for completion of the formalities.

Events of this nature require an inordinate amount of organisation and we would like to extend our thanks and appreciation for all who made it possible. These include, but are not necessarily limited to, SAS Western Cape, KYC and  their members, GLYC and their members,  committee members of MBYBC, bridge boat owners and crew, safety boat crew, on shore assistants, management and staff at the club, development ladies and Wilhelm for arranging the bridge boats. Lastly,  we acknowledge the  efforts of Meike and Martin in calculating  all the scores. Finally we would like to thank our various sponsors that include Gannet Restaurant, Jakkalsvlei Wines, Park House Lodge, Avenues Guest House and Spar without which this event could not have been as successful.

The winter season continues throughout May with further races scheduled for alternative weekends – see the race calendar – and  a prize giving and season closing planned for 3rd June.