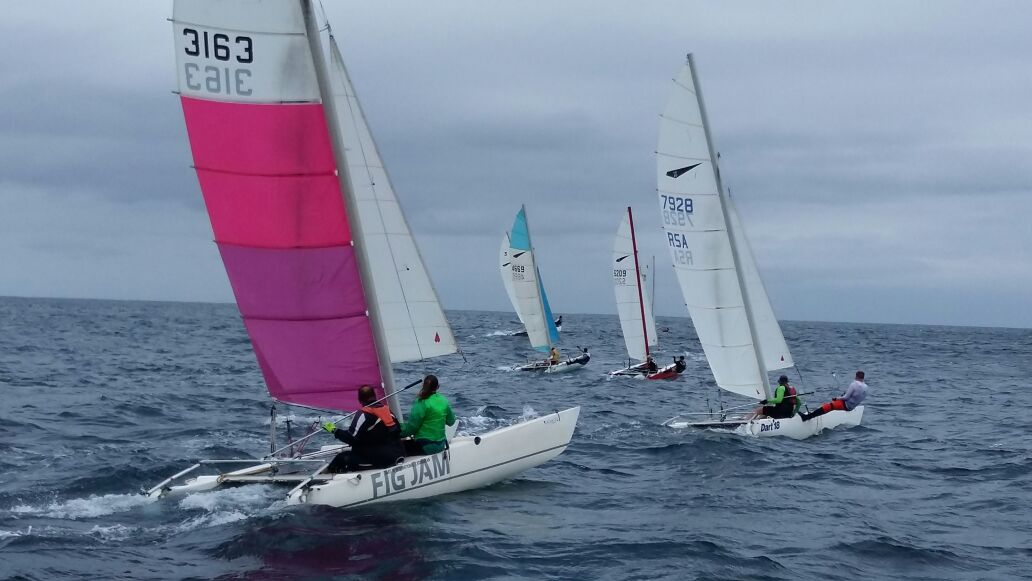 The Sunday racing was a long haul, where the sailors raced around the oil rig and back to the yacht club. The race started in a light South Wester and climbed to around 12 knots. The race ended with major tension as the top two boats for the race had a close battle in the end however the leaders Tammy Holden and Gerhard van Niekerk pulled though with Marc von Schultz and Joppie Naude closely in second.

Thank you to all who helped with the event namely, Norman and Gail Frost, Peter Nilssen and Yuliya Nilssen, Wilhelm von Schutz and Clive Sweeney.