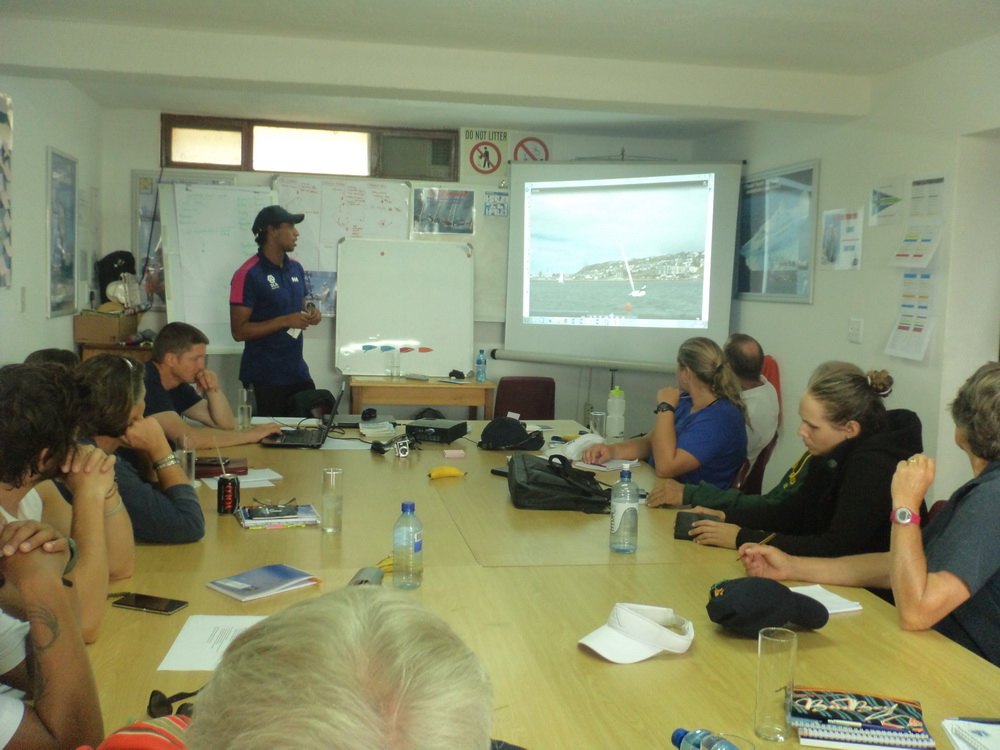 During February our sailors both junior and senior took part in two exiting regattas. The Hermanus Yacht Club hosted the third event in a four venue Series. The Southern Charter Grand Slam Series was held on the 31st of January to the 1st of February.  Or sailors were well represented and did very well. A lot of fun was had both on and off the water.

On the weekend of the 14th and 15th of February our sailors took part in the Interclub regatta held at Knysna. Our sailors were defending champions of the interclub series but unfortunately things did not work out as well as hoped with our sailors suffering a lot of boat breakages and other problems. In all it was a event enjoyed greatly by all and a lot of fun was had. Our club was honoured by our club commodore who crewed on an Argo with skipper James Marais. Apparently they did very well for a boat that was full of water. It is still unclear though who’s responsible for putting the bung in the boat. According to the old salt’s present it should be done by the crew. However the Commodore claims that because is is the more senior crew member and club commodore to boot, that the skipper was responsible.

Elfie Holden and Daleen Naudé attended a level three technical coaches course presented by Mike Hart from England and Rob Holden and sponsored by the International Olympic Committee.  Thirteen sailors took part in total. The MBYBC stands to generate a fair income from this as the Olympic Committee wil be paying us for the use of our facilities.

This coming weekend we are having our usual club league racing for dinghies and catamarans and the weather looks excellent for some good sailing.